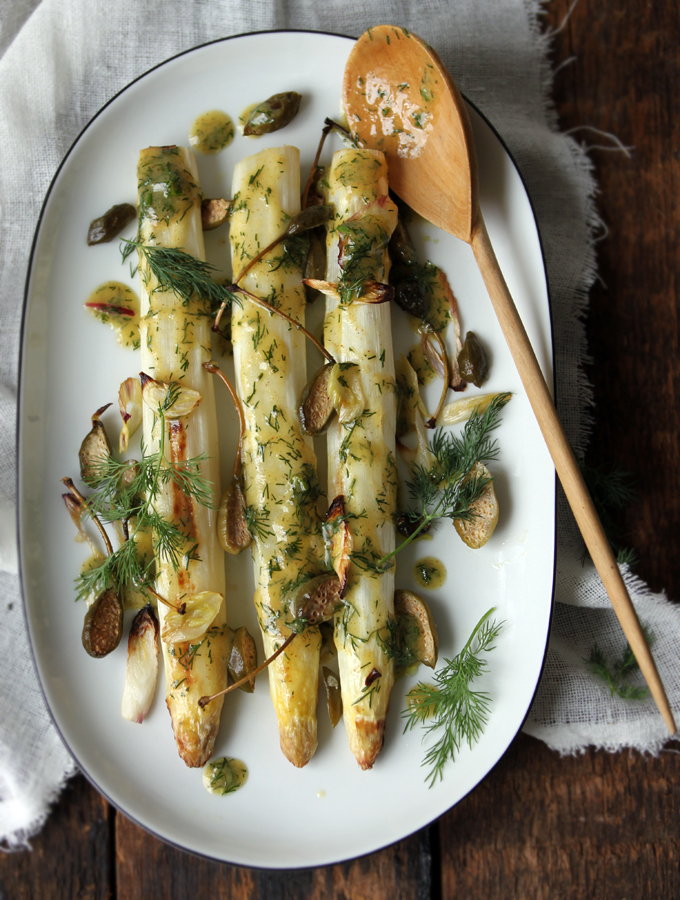 When you weren’t looking, I jaunted off to the south of France last week. Every cell of my body is now officially made of baguette and chèvre.

There seem to be many stereotypes attached to the French people, but so many of them are true. They carry bread around. They drink wine at lunch. And they are fiercely passionate about their food. Although breakfast consisted of little else than bread and butter, which I was forced to rediscover, is impossible for me to function on, there were epic lunches followed by dinner feasts that basically lasted until someone would pass out from overconsumption. Not a sustainable way to live for this girl – and we all know my sanity is greatly compromised on a diet of white flour.

But of course there were vegetables eaten. In fact, the markets were a busting at the seams with the freshest and most beautiful produce I’ve ever seen. And the amazing thing about the Provence region is that there is literally a market every single day of the week. So after eating air for breakfast (baguette), we took a trip to some perfect little village nestled in the hills and I was able to replenish my vitamin stores. Thank goodness. 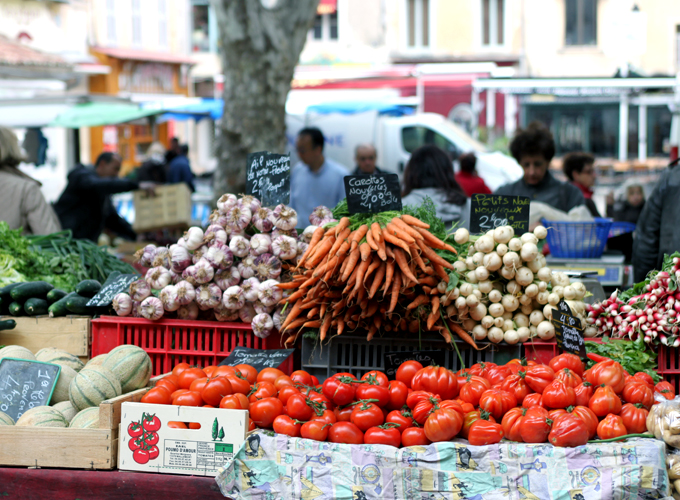 There are a few great sins in my culinary world and one of them is over-cooking vegetables. Oh my broken heart! Limp asparagus makes me seriously sad. If you ever invite me over for a meal, please don’t serve me a plate of mushy, gray peas and flaccid carrots. I will politely excuse myself and run away. No pressure.

So there are two ways I like cooking asparagus: grilling and roasting. With boiling or steaming you not only run the risk of overcooking, but also many of the minerals are pulled out into the water during in the cooking process, which you end up pouring down the drain.  One thing I found a little funny about the people we were staying with in France is that despite their unbelievable passion for food, they seemed to love over-cooked asparagus. Huh? I took control one afternoon and grilled it up. Everyone was delighted at the difference it made. Roasting and grilling keep more of the nutrients in while maintaining the crispy crunch of al dente perfection. Because the veggies are not submerged in water, they cook slower and you’ll have a lot more control.

White Asparagus – The Edible Ivory
I remember seeing white asparagus in Canada, but for some reason I never gave it a try until moving to Europe. People go absolutely crazy for the stuff over here! I read in a paper a couple weeks ago that the typical German will eat it every day while it is in season. Now that’s love. And while in Provence, there were walls of it at every market – it was an incredible site. White asparagus is often referred to as “edible ivory” or “the royal vegetable” and regarded as far superior to green asparagus.
I admit I’ve fallen in love too. White asparagus really is something special. The flavour is of course very similar to the green variety, but milder and less bitter. It is nutty, succulent and satisfying, which is why three of four thick spears make a substantial side dish. White asparagus also tends to be thicker, often double the thickness of a green stalk.

White asparagus is grown completely underground, a process called etiolation. The spears are deprived of light by continually mounding the soil on top of them as they grow. This prevents the plant from producing chlorophyll, thus there is no green colour to the stalks. In some cases, if the stalks do break through the earth they will turn green where they are exposed to light, resulting in a white-and-green stalk that is of less value (but still delish!).

When buying white asparagus, take a careful look at the cut ends to make sure they are not dried out. You should also choose the thickest stalks, as once they are peeled, you still want a good portion of the vegetable left over. Peeling white asparagus is necessary because the outside is fibrous and quite woody. Use a very sharp peeler, or paring knife if you having nothing else. Be very careful when handling and peeling, as white asparagus is far more delicate than green, and can snap easily.
White asparagus does not keep well so eat it within two days of purchasing. Store the unpeeled stalks in the fridge, loosely wrapped in a damp towel in the crisper. 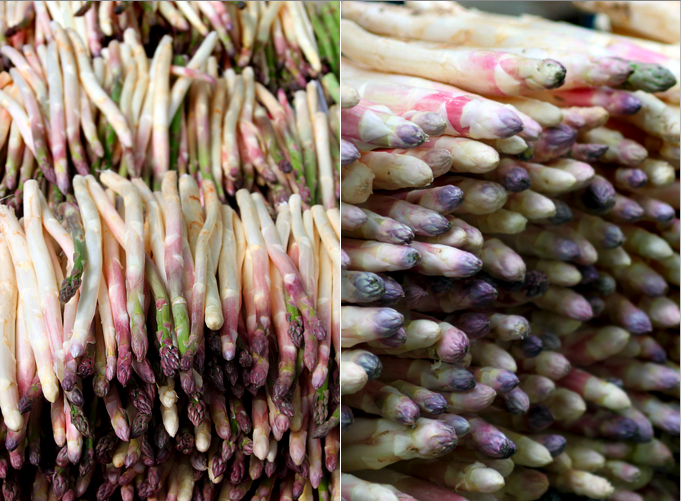 White Asparagus and Vitamin K
Asparagus is a great source of many nutrients, including fiber, folic acid, calcium and iron. But one thing that may surprise you is that asparagus is loaded with the lesser-known vitamin K. To be clear, vitamin K is not a single chemical substance, but rather a family of chemically related substances that go by the general name of “vitamin K”. Some vitamin K in our bodies is actually produced by the friendly bacteria in out gut (hence the importance of probiotics!), but the majority we get from the plants that we eat. [1]

Vitamin K plays a vital role in many bodily functions. It allows your blood to clot normally, protects your bones from fracture and postmenopausal bone loss, helps prevent calcification of the arteries, and provides possible protection against liver and prostate cancer. Research continues to evaluate the possibilities of vitamin K’s role in protecting against oxidative damage, regulating the body’s inflammatory response, and how it supports the brain and nervous system.
The body is constantly giving us signs and signals about what we need more and less of in our diet. Some of the indicators that you could use more vitamin K include heavy menstrual bleeding, gum bleeding, easy bruising, problems with calcification of the blood vessels or heart valves, and bone fractures/bone weakening. [1] 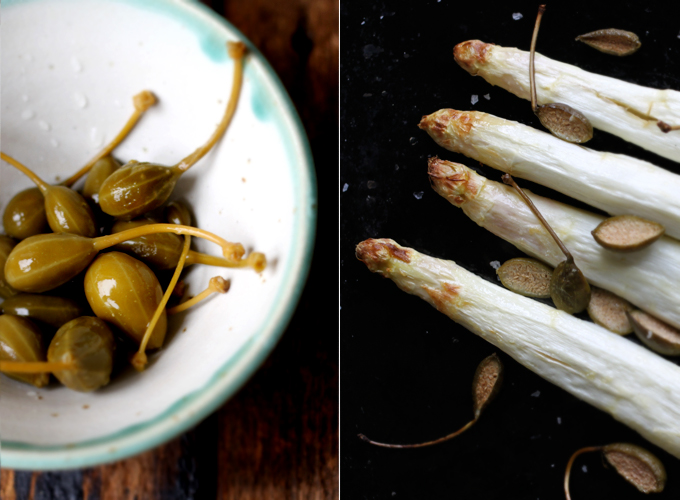 White asparagus it is typically served drowning in Hollandaise sauce or mayonnaise, but you know that doesn’t really fly with Sarah B. I chose to dress this veggie with a creamy, yet vegan, Mustard Dill sauce that compliments the asparagus’ delicate flavour, without overwhelming it. I also craved a briny accompaniment and decided to toss some caper berries in the roasting pan for kicks. Hel-lo! Guh. These were so delicious I almost can’t believe it. I had never even heard of roasting caper berries before so this was a revelation, and something I will add to many roast vegetable dishes from now on. If you cannot find caper berries, use the fattest capers you can find and leave them whole.

Directions:
1. Preheat oven to 400°F/200°C.
2. Wash and trim asparagus (snap off the ends instead of cutting them – this ensures that you remove the woody bottom parts which differ from spear to spear). Peel the spears from top to bottom to remove their stingy outer portion. Drain the caper berries and slice in half lengthwise.
3. Place asparagus and caper berries on a baking sheet and drizzle with ghee or oil. Sprinkle lightly with salt and place in the oven. Bake for 10-20 minutes (this will vary depending on the thickness of the asparagus) until slightly golden at the tips and al dente – tender, but with some tooth.
4. While the asparagus is roasting, whisk all the dressing ingredients together.
5. Place cooked asparagus a serving tray and drizzle with the Mustard Dill Dressing while still hot, sprinkle with more salt if desired. Garnish with springs of dill. Serve immediately.

I have plenty more to say about my unbelievable trip, but for now I’ll leave you with delicious recipe and the promise of more gorgeous, Provençal-inspired recipes to come!
Gros bisous!
Sarah B
Source: whfoods.com
*   *   *   *   *   *
And seeing as we’re headed into strawberry season, check out my full article and recipe for Strawberry Tarts with Ginger-Nut Crust (and a high-vibe chocolate truffle) in this month’s issue of Bon Appetit magazine. You can also find the recipe online here. Enjoy! 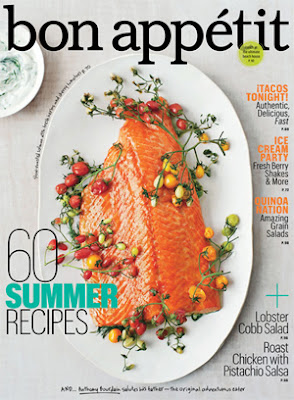 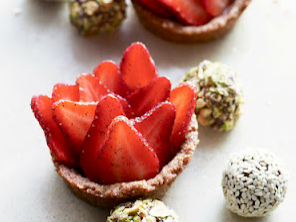